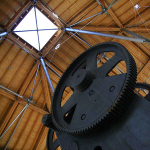 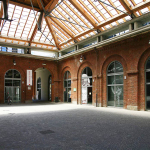 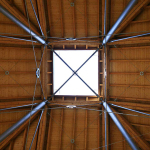 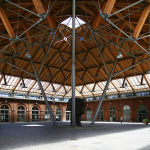 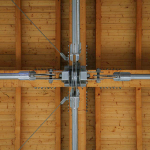 Il Cortile del Maglio, which is part of the former Arsenal Construction of Artillery of Turin, consists of a square covered square at the center of which lies the ancient Maglio from which the court takes its name. On the site where today stands the courtyard from 1500 was the Powder Factory, an explosion that razed in 1852 The foundation stone of the Arsenal, which was carried out on the most recent recovery, was laid in 1867 under the direction of the Army Corps of Engineers; Arsenal remained in operation until 1982 The restoration of the Cortile del Maglio and some adjacent areas, including the Courtyard Cherry, began in 1994 by the architects Torretta, Perino, Bruscasco and Comoglio, and it marked the rebirth as a multi-purpose space: on the perimeter of the square are today’s retail space, professional offices, workshops, bars and restaurants. The large central courtyard hosts events throughout the year of different types. The truncated pyramid roof in laminated wood strongly characterizes the architecture of the courtyard and provides good natural lighting. He received the “Architectures Revealed 2004” by the Order of Architects of Turin and its Foundation.